The United States is one of the nations around the globe that possess a high number of instances of discrimination in the workplace based on gender & sexual orientations. Those who suffer these attacks are subjected to terrible slurs that shatter their entire being. This type of discrimination also affects people’s mental health and violates all codes of ethics within the workplace. According to recent studies conducted by the Center for American Progress (CAP),  between 11 and 28 percent of lesbian, gay, and bisexual (LBG) workers are subject to not receiving a promotion because of their sexual orientation. Meanwhile, 27 percent of transgender workers were reported being fired, not hired, or denied a promotion in 2019.

These same numbers permeate further into workers suffering from psychological and physical trauma as a result of workplace discrimination. 68.5 percent of these workers reported mental trauma, while 43.7 mentioned that their physical well-being was also negatively impacted. Beyond the immediate effects that this type of discrimination inflicts on employees, the gravest issue is that before anything else, they are human beings whose rights are actively being infringed upon. Let us inform you then, that just because you need to keep your job in order to survive, does not mean that your rights have to be stepped on whenever either your work colleagues or employers think it’s okay to do so.

We are here to tell you that you deserve to seek reparation and legal compensation from those who have violated and discriminated against your sexual orientation and gender. These are two things that make up who you are, and are something that cannot be infringed upon at your place of work. To do so, however, you will need the help of a gender and sexual orientation discrimination lawyer in South Florida so that he or she can provide you with the necessary skills and tools to successfully attain a beneficial settlement. For that reason, we ask you to join us so that we can provide you with the pertinent legal information of this discrimination in the workplace, and why it is imperative to hire an attorney when you tackle these issues.

You must be aware that gender discrimination is formally forbidden under federal and Florida laws. Due to those laws, an employer cannot treat their employee or job applicant in any adverse manner based on their gender. For example, if a woman who is more qualified than a man to carry out a specific job may be able to file a gender discrimination claim if the employer hires or promotes the man (who is less qualified) instead. On the other hand, federal and state laws do not specifically protect employees from suffering discrimination on the basis of their sexuality. However, Miami is one of the several Floridian cities that has established specific rules that work to prohibit sexual orientation discrimination. Be advised that employers may not discriminate against their employees because of their gender identity.

Oftentimes, employers feel empowered to discriminate against their employees because they know that a person’s job defines their livelihood. People who are discriminated against are thus forced to endure the trauma because they cannot afford to stop earning an income. We are here to tell you that the aforementioned laws protect you from these terrible illegalities and that you have every right to pursue legal action. 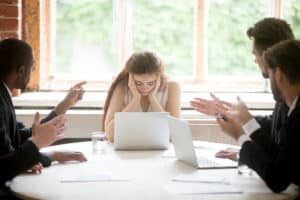 Steps to take alongside an attorney

Now, let’s go ahead and review what you should do if you feel like you’ve been discriminated against on these topics within your place of work.

We now feel that you are more educated on the legal complexities, regarding what it truly means to be discriminated against just because of your gender or sexual orientation. This goes beyond just a problem in the workplace. The truth of the matter is that this is an issue of intolerance and illegality. We wish to inform you at the Offices of Scott J. Senft The Lawyer, Scott and his team are a set of legal experts ready to take your claim. They fully understand and share the empathy of what it means for your dignity to be trampled on in such a foul manner. They will vehemently fight for your rights and will work tirelessly to deliver you the compensation you deserve. With two locations in the area, he and his team are the best gender and sexual orientation discrimination lawyers in South Florida. What are you waiting for? Call them now, you deserve justice! 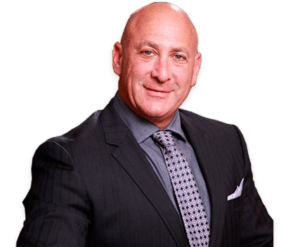